All blur effects available in iOS apps got their names from the types of blurs professional photographers use on their photos, so a depth of field, for example, is a common technique frequently used to draw the attention of the viewer to the subject of the photo. Gaussian blur or an Outer Blur Vignette can also be used to separate your subject from the background and thus create a photo that has a special atmosphere.

Radial and Motion blur, on the other hand, can help you underline the feeling of motion and speed on a picture, but it is important to pay attention to how the photo looks like when these effects are applied because each of them can blur an image to the point when objects depicted in a photo are no longer recognizable. Though that problem may be easy for you to deal with it with Wondershare PixStudio, this is not that helpful if your laptop or PC not around. 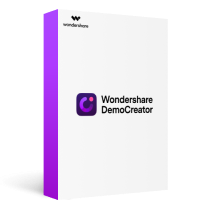 You may also interested in blurring image background on Mac

iPhone photographers who want to create breathtaking images will have a lot of fun using creative blur effects provided by these iOS apps. Let's have a look at apps that will enable you to take your iPhone photos to another level.

The app's smart and yet easy to use interface makes it one of the best options for adding creative blur effects to photos captured with an iPhone. As the app's name suggests After Focus provides nearly every blur effect known to mankind. If you would like to create photos that look like they were taken with a DSLR camera then this app is the right choice for you.

In addition to a wide range of different blur effects such as Gaussian Blur or Motion Blur After Focus delivers a number of photo effects that can be used to enhance your iPhone photos even further. Once you've applied all the effects you wanted, you can easily share the photo you edited with this app to your social media accounts.

iPhone's cameras are remarkable in many ways, but the depth of field isn't, unfortunately, one of its strong suits. The Tadaa SLR app doesn't just let its users change the depth of field in photos they've already taken, it enables them to alter the focal point of their photos too. Furthermore, the app's users can utilize this app to take photos with both front and rear cameras. Applying blur effects with Tadaa SLR app is a fast and simple process that will allow you to have a lot of fun while you are searching for the best creative solutions for your photos.

Selecting the area of the photo you want to blur requires you to just tap on that part of the picture and the app automatically does the rest for you, which makes it one of the best apps for blurring the background of your photos.

This is a tool that will enable you to unleash your inner artist. You can edit photos, draw or paint with iColorama, and the app also allows you to import Photoshop brushes and fonts. Adding text to photos, applying blur effects or playing around with colors on your photos are just the tip of the iceberg since this iOS app allows you to manipulate your images in any way you want. Each effect offered by iColorama is remarkably easy to apply, and you won't have to waste a ton of time on editing your photos before sharing them with your friends.

iColorama isn't the best option for people who have no previous photo editing experience since it offers options that require a certain amount of skill. However, it is still one of the best apps you can use to blur the background of your photos.

Snapseed is much more than just a simple tool that allows you to blur the background of your photos. In fact, it is a professional photo editing app developed by Google that allows you to edit both JPEG and RAW files. Lens Blur feature can be utilized to add bokeh to the portraits you've taken with your iPhone, while a feature such as Face Enhance can be used to draw attention to the figures in the foreground. Snapseed's users can easily crop their photos, have total control over the photo's brightness and contrast levels or apply filters that will add a touch of drama to their images.

Even though this app is so easy to use that you don't really have to know anything about photo editing, it is better suited for people who have experience in adding blur to the background of their photos or photo editing process in general.

With more than sixty effects that can be applied to a photo in just a single tap, PhotoToaster is among the best apps you can use to blur the background of your photos or to apply blur effects in any other way you want. Furthermore, the app features a noise-reduction tool that can be quite useful for editing photos captured in low light conditions. Adjusting colors or using filters is as simple as it can possibly be, while Brush FX tool can help you to highlight areas of photos that are in focus.

Probably the best thing about this app is that it doesn't require in-app purchases, which means that you can get a pocket-sized photo laboratory for $2,99.

This is the ultimate tool for adding motion blur to your photos since it provides twelve fully adjustable motion effects that will make your photos look more dynamic. The app's users can either use a focus shape to designate the area of the photo they want to keep in focus or they can manually create the focus zone in the app's Draw mode. Simply shake your iPhone to remove the drawing you don't like and if you like the motion blur you've applied share the photo on Twitter, Facebook or Dropbox.

Even though Focus in Motion is unquestionably a powerful tool for blurring the background of your photos, it lacks photo editing features that would enable its users to experiment with different photo editing options.

Slow shutter photography is the type of photography that lets more light into the camera and for that reason, moving objects in photos leave a trail. Slow Shutter Cam app is designed to help you create this stunning effect with your iPhone. The app offers several different shooting modes such as Motion Blur, Light Trail or Low Light. Motion Blur mode is perfectly suited for creating photos that have a blurred background, while the Low Light mode will enable you to paint with light.

Adjusting focus with Slow Shutter Cam requires you to tap on the area of the screen where you want the focus to be, while the Blur Strength control feature will let you control the amount of blur your iPhone camera is creating. This isn't a photo editing app, which means that the photos you take with this app may require further editing.

Yet another amazing tool that will enable iPhone photographers to take breathtaking night shots. Longexpo is a camera app designed to bring long exposure photography to iPhone users, and for that reason, it may not be the best choice for unskilled photographers. Photos taken in Standard, Low Light or Light Trail modes will be blurry and you may need a tripod to stabilize your iPhone during the photo session with the Longexpo app. Once you've captured a photo you can adjust basic setting such as brightness, contrast or color, but you'll have to use another app if you would like to edit your photo more.

Longexpo lets you choose the focus point which is why it is a great app for the creation of photos that have a blurred background and its abundance of features allow its users to control the process of taking a photo almost entirely.

If you are looking for an app that will provide you with professional blur effects, the Enlight app will meet every demand you might have. Radial, linear or mirror and tilt-shift features enable the app's users to blur image backgrounds and create artistic effects that will impress your friends and followers on social media.

In addition to powerful blur effects, Enlight provides all the photo editing tools required for professional photo editing. You can convert your photos to black and white, create a double exposure effect, or add text to images in only a few simple steps. Despite the fact that Enlight is a great photo editing app, iPhone owners without any photo editing experience will find little use for many of its best options.

Photographers who take their iPhoneography seriously will love using this app. Blurring the background of a photo is just one of the many options provided by this photo editing app that can help iPhone photographers create beautiful images with their phones. On the other hand, the Clarity feature can be used to make objects in focus even sharper than they appeared in the original photo. Filterstorm Neue provides support in literally any aspect of photo editing and for that reason, it is a perfect choice for aspiring iPhone photographers.

Perhaps the most fascinating feature this iOS app has to offer is Image Tilting that enables you to edit photos that are larger than the maximum image size supported by your device.

Blurring a background of a photo can add to the artistic value of the image, but more importantly, it will allow the subjects of your photos to stand out. You can hardly make a mistake by using any of the apps we featured in our list, but if you don't consider yourself an experienced photographer using camera apps like Slow Shutter Cam or Longexpo may be challenging at first. However, applying blur effects with most iOS apps is a fun and simple process that will allow you to make your iPhone photos a little bit better. 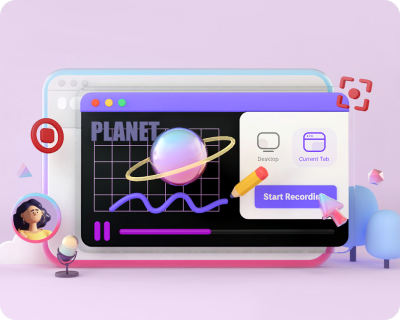